Japan’s symbiotic relationship of traditional and modern culture has fascinated me for many years, thus a visit to Japan ranks high on my travel bucket list. From dynamic and modern cities, traditional culture passed from generation to generation, exotic and savory foods to vibrant festivals celebrating the best of Japanese culture, Japan’s captivating history beckons visitors to explore all the island nation has to offer. Keep reading to learn about three appealing regions of Japan (Tokyo, Chugoku and Shikoku) that feature interesting attractions, delicious local foods and spectacular festivals that will make you want to visit Japan this year!

As Japan’s capital city, Tokyo is the dynamic heartbeat of the country. Visitors will find an eclectic mix of traditional and ultramodern architecture and a peaceful balance between soaring skyscrapers and historic temples. While exploring the city, indulge on local specialties such as sushi, yakitori (grilled chicken skewers), ramen noodles, okonomiyaki (savory pancakes) and soba noodles. More than 2 million people flood the streets of Tokyo’s Asakusa neighborhood to witness one of the largest festivals in Japan. Celebrating the three founders of the Sensoji Temple, the Sanja Matsuri Festival (takes place during the 3rd weekend of May) welcomes visitors and locals alike to partake in traditional dancing, parades, festival games and watch one hundred shrines be carried by locals to Sensoji Temple and Asakusa Shrine then back to their neighborhoods to bring good luck. The rowdiest event of the festival is the “mikoshi jousting,” where energetic tattooed gentlemen compete for the honor to carry the portable shrines. 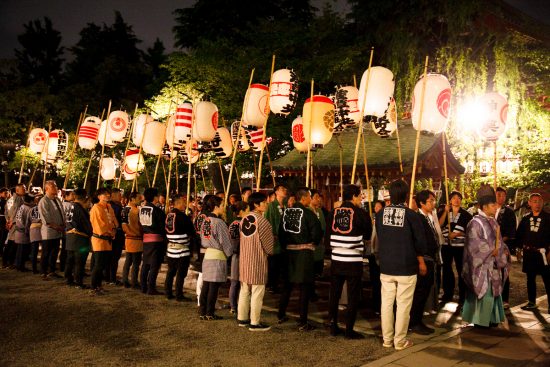 The Chugoku Region lies in the western part of Japan’s main island, Honshu. This region is known for stunning sea views, charming towns, beautiful landscapes like Tottori’s sand dunes, natural gardens, abundant temples and fresh seafood. While exploring Chugoku’s prefectures, snack on oysters (this region produces two-thirds of all oysters in Japan), Hiroshima okonomiyaki (savory pancakes with cabbage, pork, egg, seafood and butter), Momiji-Manju (small cake filled with flavors such as sweet red bean paste, matcha green tea, chocolate and cream cheese), Tsukemen (soup-less ramen), Koiwashi (baby sardines or anchovies), Onomichi ramen and Anago (grilled eel). Favorite festivals of this region include the Miyajima Fireworks Festival in Hiroshima, where in late August more than 300,000 attendees watch a spectacular firework display on the surface of the water behind the giant tori gate. The Saidai-ji Eyo Hadaka Festival (held in February) is rated as one of the top three eccentric festivals in Japan. It features nearly 9,000 male-only loin-cloth clad participants competing to win two lucky sticks (shingi) and 100 bundles of willow strips which are tossed into the crowd by priests. The Yamaguchi Gion Matsuri Festival celebrates the formation of the Yamaguchi Yasaka Shrine. One of the main attractions of the festival is the “Dance of the Heron,” where performers clad in heron costumes initiate the festival with an elegant dance.

As Japan’s smallest island, Shikoku is known for its 88 temples associated with the Buddhist monk, Kukai. Natural landscapes such as beaches, valleys and natural whirlpools, permanent art exhibits and famous galleries and pilgrimage trails leading to all 88 temples, this small island certainly has plenty to offer. While exploring the island’s prefectures, indulge on local delicacies like Sanuki Udon (udon is a thick wheat flour noodle), Udon Ice Cream, Katsuo no Tataki (seared bonito fish), Yuzu (citrus fruit) and Yakitori (grilled chicken marinated with spices). Tokushima Awa Odori is often rated as Japan’s top summer festival. While Awa Odori festivals are held throughout the country, the Tokushima Awa Odori is the largest, attracting more than 1 million visitors. The 400-year old festival (held every August) celebrates traditional folk dances in which vibrantly colored costumed men and women dance choreographed traditional dances throughout the streets. Visitors and locals alike are encouraged to join the festivities! 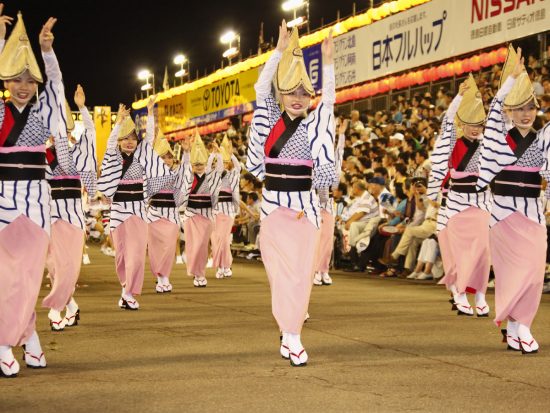 Are you ready to grab your passport and catch a flight to explore Japan’s culture, foods and festivals? I know I am!

This post has been sponsored by Tourism Japan. As always on Ohio Girl Travels, all opinions are my own. 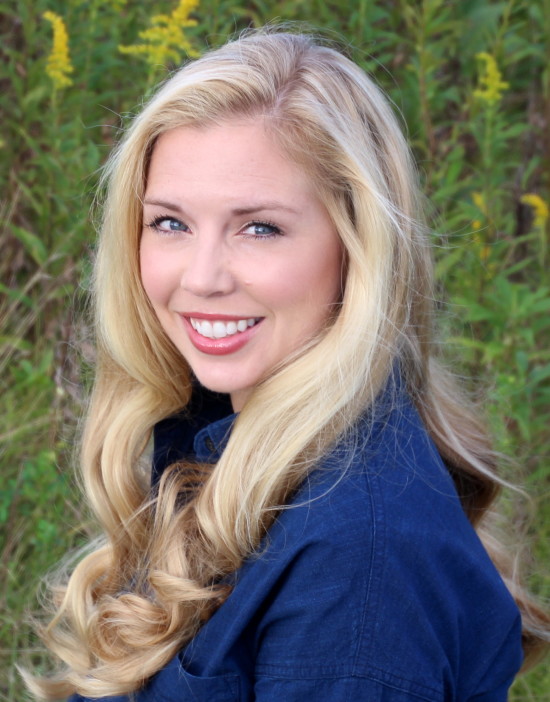 Would You Like New Blog Posts Emailed To Your Inbox?